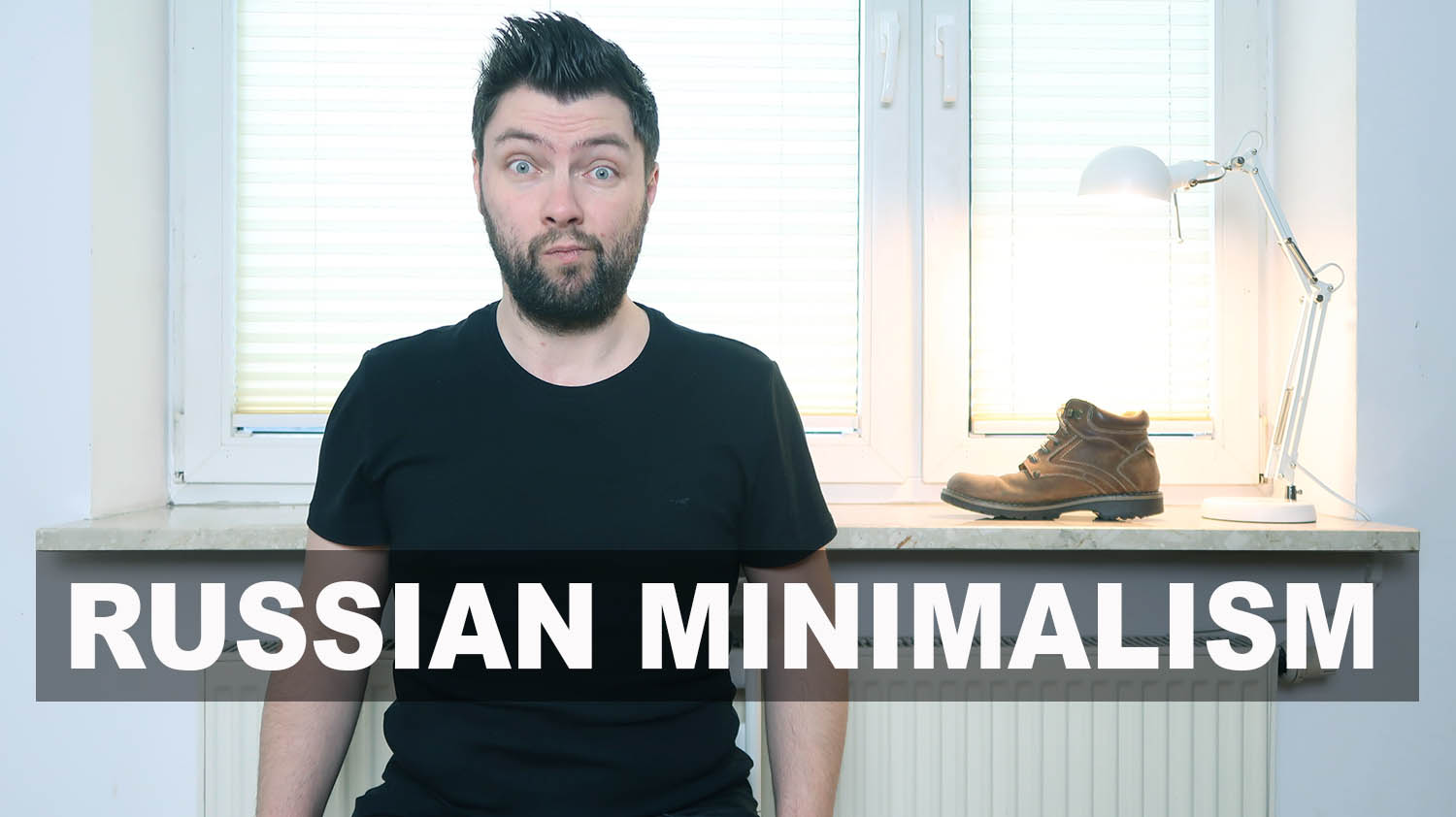 Hi, my name is Dmitriy, I was born in Ukraine when it was still a part of Soviet Union. All Soviet countries were under the great influence and control of Russia. My citizenship is Ukrainian, my nationality is Polish, and my mother tongue is Russian. I know, it’s complicated…

Russian was the most popular language in all 15 Soviet republics, it was widely spread. It explains why you hear this heavy Russian accent in my English speech. Many of those republics still share a very similar culture. And I will explain why it is so difficult to be a minimalist in Russia and other ex-soviet countries.

During the Soviet times there were not so many goods on the market. Everyone wore the same winter jacket, everyone had the same radio at home. Factory that produced vacuum cleaners didn’t have to come up with a new model every year. “It sucked 30 years ago, it still sucks today”. The same goes for every other factory. Here you have all these jokes about evolution of Russian car Lada. “Lada – perfect from the beginning”.

and now in 2020 we go to the official Lada web-page – they still make that perfect car, it looks exactly the same…

That is Russian minimalism, ha ha

You can’t buy what you want

During the soviet time very often you couldn’t buy what you wanted even if you had money, because shops were empty. If you want to buy a TV – you need to put your name on the list of those people who want to buy it. And if the shop receives 10 TVs from the factory, and you are number 11 on the list – you don’t get anything. So you better make friends with someone in the shop, so they put your name on the special list. Because actually there were 15 TVs from the factory, but 5 of them were sold to special «friends». The same goes for clothes, shoes, children clothes, toys, sugar, building materials, furniture, cars… basically for everything. So if you come to the shop and see that there is a shelf for sale – you buy it quickly even if you don’t need it – because you might need it in future. Or maybe the worker of the shop with building materials needs the shelf, so you can sell him the shelf, and he will put you on the special list so you can buy the bricks to build a garage. this is how it worked – you don’t really buy things, you get things.

Some people were good at getting things, some were not. If you come to someone’s house and see many good things – it means this person has many important friends, he knows how to get those things, which means, if you make friends with this person, maybe he will help you in the future. And you do everything to make this person like you.

In this «soviet» culture if you have many things at home – you are proud of yourself, you have respect from other people, and everyone wants to be your friend.

Even with the small things like batteries or lamps or pencils – you buy them when they are available in the shop and you keep those things at home, because one day you will need it.

In such a culture you don’t get rid of things. You keep everything, because one day you might need it, or someone of your family or friends will need it – and you will be that very important person who has it.

You can imagine that in such culture the workers in the shops, factories, banks, administrations were super important people, because they had access to things, they had an influence. You come to the shop and you can feel that they are very big, and you are so small. Do you expect them to be polite to the clients? Do you expect them to be client oriented company? Forget it! These people don’t give a shit about the clients.

All this system, this «Soviet» way of thinking is very often called «Sovok» (eng. = dustpan) among russian speaking people, because it sounds similar to «Soviet». The world has changed, people in ex-Soviet countries also understand that they need to get rid of «Sovok», but it just takes time.

So why Minimalism is so rare in Russia and other ex-soviet countries?

The main idea of minimalism is to keep only important things. The rest is noise, and you get rid of it.

In Soviet culture there is no such thing, it is very hard to define what is not important. Everything might become super important tomorrow.

Why are we speaking of Soviet Union in 2020? Because in Russia and other ex-soviet countries this «Sovok» culture is still very strong. Older people are not changing quickly, many young people also inherited these habits from their parents and grand parents.

Of course if we look at big modern cities like Moscow or Kiev, there are many people with lots of money, people with good jobs. They travel to other countries and they have a different attitude and different way of thinking. They will not keep 10 USB cables, they keep only 2 of them.

(well no, even minimalists keep all USB cables).

But Russia is not only Moscow. And Ukraine is not only Kiev. In smaller towns and villages the culture might still be very «Sovok». People don’t easily get rid of old things and old habits.

And of course it will change with time.

“Russian minimalist – Babushka Varvara Sergeevna – last year she got rid of 10 chicken and left only 3 of them, because she doesn’t need more. She left only what’s important to her. The rest is noise…”