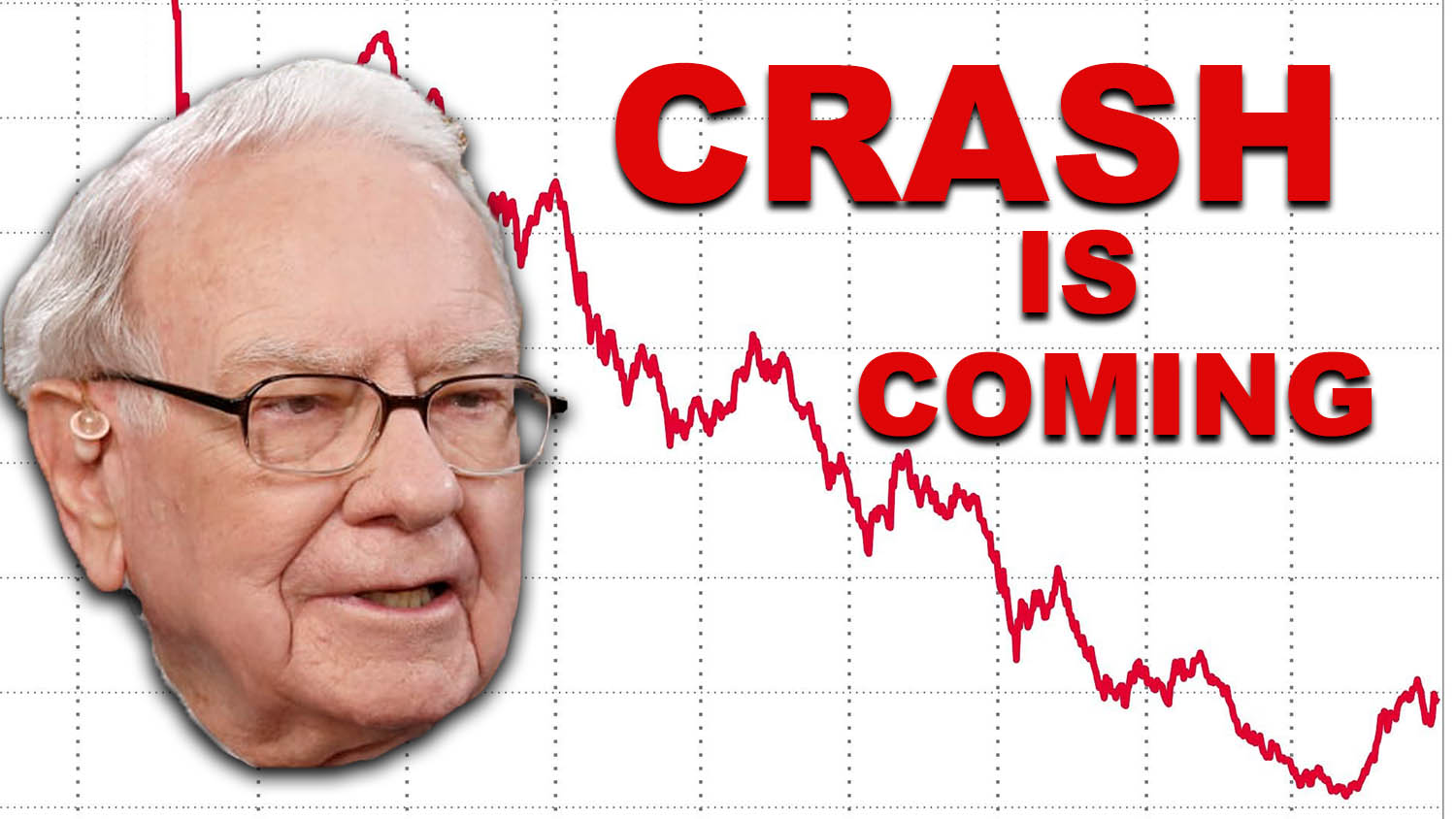 The Stock Market is about to CRASH and today we will look at the possible reasons.

What does it tell us about the economy and the business?

We all know that the Market and the Economy are not the same thing, but let me give you a few reasons why the Stock Market can crash in 2020, supported by the words and actions of big investors and financial gurus.

We already see that big investors like Warren Buffett are selling big portion of their stocks and are increasing their cash pile. Warren Buffett sold all his stocks of the Airline companies, fully exited his positions in insurance giant Travelers and energy company Phillips 66, he sold 84% of his Goldman Sachs stocks and cut his stake in some other companies, including even Amazon. All this tells us that he is probably expecting the Stock Market to Crash soon.

If you haven’t subscribed to this channel yet – you can subscribe right now, smash the like button and the notification bell button, and let’s get started.

The first reason is because the Stock Market is significantly overvalued as we see on the Warren Buffett indicator.

Based on historical ratio of total market cap over GDP, we are currently at 141.2%. And if GDP goes down because of the crisis, this indicator will be even higher. According to Warren Buffett this indicator of Market over GDP is “probably the best single measure of where valuations stand at any given moment.”

The Second reason why the Stock Market can potentially crash is because of the Baby Boomers who are about to retire.

Baby boomers, who are around 66 years old now on average, are about to retire and the huge part of their pension money is invested in the stock market. So now all these people are selling their stocks to have the pension. But the other people are not able to buy as many stocks as sold by baby boomers, so the companies have to buy their shares back. But they don’t have so much cash because of the recession. There is a huge debt, companies will not be able to pay out. Of course the Government will do their best to not allow all this pension system to collapse, that’s why they are printing a lot of money right now, but all of this situation will most likely affect the Stock Market significantly.

Please hear from Raoul Pal, the former hedge fond manager for Goldman Sachs. Here is the link to the full interview made by Andrei Jikh: https://www.youtube.com/watch?v=92wenJfjBDY&t=14s

The third reason why the Stock Market has a big chance to go down, is because the Business is not doing great in this time of a new Great Depression.

Please watch the video to see what Ray Dalio says about this.

The price of the stock is meant to reflect the value of the company, and is very sensitive to the supply and demand. It means, if the company is producing the product which is in a big demand, and the sales are growing, then the value of the company is growing and the prices of the stocks are growing as well. During this crisis of 2020 we already see that people don’t spend their money as confidently as they used to. The sales are definitely not growing, they are falling down tremendously for all businesses. That’s why the companies fire people, because they do not have money to pay salaries and cover all expenses. All this situation tells us that a lot of companies have a big chance to loose their value, which will reflect in their stock prices.

As an example we can see what has happened to all airlines. Because of this crisis and the lockdown they have huge losses. The situation is so unstable that one of the greatest investors we know – Warren Buffet has sold all his stocks of airline companies – Delta, American Airlines, South West an United. Why did he do that? Let Warren Buffet explain himself. As you will hear in the second, he said himself that he doesn’t sell the stocks because they are overvalued, he only sells if the situation in business changes dramatically. (Please watch the video to see Warren Buffett’s explanation on this).

Why did Warren Buffet sell all his positions in the airline companies? Probably because this business is very unstable and he expects the value of the stocks to go down significantly. He told investors that he had made a “mistake” betting on Airline companies and that “the world has changed for airlines.”

There is no demand for these services at the moment, and during the next couple of years people will probably not use airlines as actively as before the crisis.

Then what’s the point of investing in the company, who’s business is not about to grow in the next few years?

Here I need to mention 2 approaches to investing in Stocks:

The first approach is driven by the dividend income. Let’s say, if you invested quite big amount of money in the Stocks, and they give you enough dividends to support your needs during these hard times when people loose their jobs – that’s already a good thing. You don’t care if the price of the Stocks go up or down, as long as they bring you the cash income, and you know you will be fine.

The second approach is more driven by growing your wealth. You buy the stocks at the good price when you expect them to grow over the time, and this is basically how most of the big investors invest and get rich.

But the problem is that the existing businesses are not growing at the moment, they are loosing money. There is a big chance that some of the businesses, even the big companies, might go broke. So there is no much sense to invest in them.

It is very likely that big investors will do the next 2 things:

The first thing – they will wait for the Stock Market to go down, and then buy the stocks of the most stable companies at the lowest price. So when the Market is back to normal after a few years, the prices will go up, and the investors will get even more rich.

Nobody knows for sure what exactly will happen and when it is going to happen. But it’s good to be aware of the possibilities and prepare ourselves.

Thank you so much for staying with me till now, subscribe to my Youtube channel, smash the like button and the notification bell button, have a great week and see you in the next post! Bye!