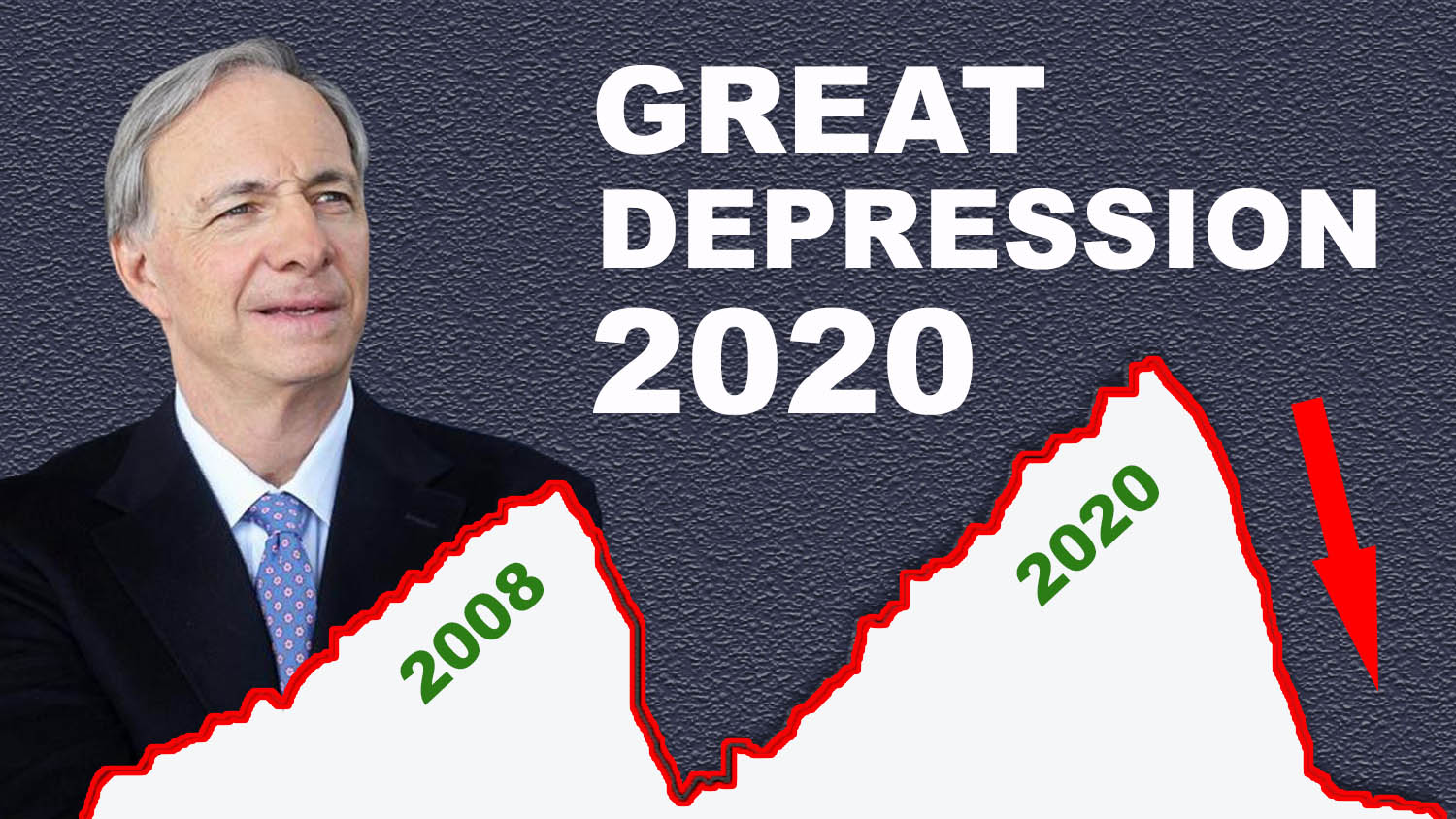 Is it really that bad? What does it mean to be in a Great Depression and what should we expect?

When we had a crisis of 2008 the world’s GDP contracted 1%. The international Monetary Fund already predicts that in 2020 the world’s GDP will contract 3% which is 3 times worse. (Please watch the Video)

However, it doesn’t seem as bad as during the Great Depression of 1930-ties, when the world’s GDP shrinked 26.7%. Then why do we assume we have the same kind of Depression now? (Please watch the video to hear what Ray Dalio says, this interview was recorded on 8-th of April 2020)

Ray Dalio also says that if we look back at the history, this happens every 50-75 years and it changes the World and the economy.

The last time it happened exactly 75 years ago, when after the Great Depression of 1930-ties and the World War 2 we had the totally new Monetary System, called Bretton Woods System:

730 delegates from 44 nations  gathered in United States for the Bretton Woods Financial conference and they signed the agreement, Setting up a system of rules, institutions, and procedures to regulate the international monetary system.

And now, 75 years later we have a very similar Global Economic Crisis and many experts say the world will not be the same.

If what Ray Dalio says is true, it is even possible that we will have a totally new Monetary System. I don’t want to sound like a conspiracy theory, but there is a serious discussion that the old banking system is becoming not relevant in the today’s digital era, and the cash is not going to last long. Even with this Coronavirus pandemia we don’t like to touch the paper money anymore, we prefer to pay with the Credit Card or a cell phone. It is highly likely that in the future we will all switch to some virtual currencies which will be the part of a totally new virtual Monetary System…

I personally don’t think it will happen quickly, but after the few years – know knows? We will see. At least this is something we should be aware of, all of this is happening right now, in front of our eyes.

Ray Dalio explains the 4 Pillars to restore the economy:

(Please watch the video, Ray Dalio is explaining this more in details)

Let me know in the comments if you personally would like to get rid of cash and switch to new digital currencies, do you think you will benefit from this or not.

Thanks for reading and watching, have a great week and see you soon in the next post!